Nittetsu Texeng is an engineering company with a core business of steel plant construction. The company loves BricsCAD's flawless interaction between 2D, 3D and BIM. 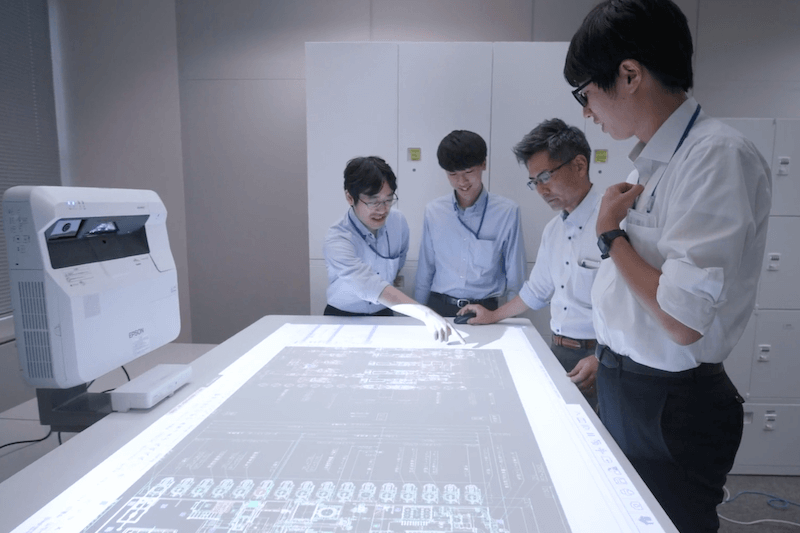 Nittetsu Texeng is an engineering company with a core business of steel plant construction. It is a design-build firm, covering all phases of the process, from plant design and construction to operation management and maintenance. NS-Texeng is a wholly-owned subsidiary of Nippon Steel Corporation, a well-known Japanese steel fabrication company.

Unifying mixed CAD software
NS-Texeng’s engineering business resulted from a merger between multiple companies, using a mix of CAD software packages. At the completion of the merger, the company set out to compare various products to standardize its business. NS-Texeng explained: “In 2014, 8 companies were integrated into what we are today. As a result, 6 types of software were used in-house for 2D CAD. We decided to unify the CAD software and start a comparison study.”

Compatibility, operational stability and cost
At NS-Texeng, mechanical design is mainly done in 3D, and 2D is used for component drawings. The 2D CAD software that had been widely used within the company changed to subscription-only licensing. Because of this, it was expected that a large budget increase would be required to maintain the company’s CAD licenses. That’s when NS-Texeng was introduced to BricsCAD.
“BricsCAD offers network licenses, which makes a difference: it allows us to monitor how many licenses are used and the frequency of use. In that respect, BricsCAD is much better than its competitors. BricsCAD’s interface and usability are quite similar to other programs, so the transition was very easy for our employees. I am convinced that BricsCAD’s high-speed performance increases our productivity.”
NS-Texeng is now planning to integrate their current 2D and 3D work into BricsCAD, while gradually increasing the number of licenses.

Integrating mechanical 2D/3D and architectural BIM
“We use 2D for drawing and 3D for modeling, so we aim for the best possible synergy between those two. One of the reasons we chose BricsCAD was the flawless interaction between 2D, 3D and BIM, which very few companies can offer.”

Currently, NS-Texeng is exploring the use of advanced technologies. “It is our role as a technology development group to acquire the latest global technologies and incorporate them to create powerful tools. As the next step, we will focus on technologies such as BIM and VR.”

NS-Texeng concluded by presenting the top 3 reasons why they chose BricsCAD as their preferred partner: “First of all, BricsCAD makes it easy to transition from other CAD software. That process went very smoothly. Secondly, BricsCAD offers 2D, 3D and BIM. It is an undeniable strength that we can use all three in one software product within our company. And thirdly, BricsCAD makes us future proof. Bricsys is developing software that imports 3D laser scans, which is something we are working on as well. So, we feel we are both looking in the same direction.”